My Personal Story of PE & Pelay

Sexual intimacy is an essential aspect in a relationship. A healthy sex life boosts a successful marriage and gives room for happiness to thrive.

It is only in its absence that you realize how many more problems are likely to follow. Dealing with premature ejaculation made me come face to face with the physical and emotional effects the condition has, not only on the man but their partner too.

So much so, that I realized it could have a long-lasting damaging effect on the relationship.

For those, who do not know me yet, we got married at a pretty young age. Our sex life was always flamboyant.

We both had good jobs and were active in different spheres of life. We had agreed to take a while before getting kids so that we could concentrate on individual growth and also grow as a couple.

This, while investing and laying a solid base for our family and planning for kids. When we decided to get kids, the first one was easy.

Then acquired premature ejaculation set in.

With it came a halt in our sexual activity.

This had a significant bearing on my psychological well-being. At times, I would feel like my husband was indirectly blaming me for his inability to perform. At the moment, I was quite ignorant about the condition and its causes. I assumed that anything my husband said was hinting at my contribution to his condition.

Instead of standing up for myself and admitting that I was not to blame, I held myself responsible. I started wondering if I had let myself go after childbirth, and whether I was not attractive enough anymore.

I became bitter and resentful.

The guilt started eating me up and I started building up anger and guilt. We were both experiencing elevated levels of stress. Soon enough, we opted out of sexual intimacy. There was a breakdown in communication and we kept drifting apart. 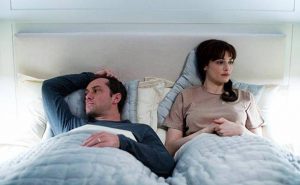 My self-esteem kept deteriorating and I became quite withdrawn. On the other hand, he was burying himself in work. He would work overtime, travel whenever he got a chance, and avoid social gatherings as much as he could. The premature ejaculation was hurting his ego. This was recipe for a disaster as we were both suffering, maybe him more than I was.

We were both running away from the problem instead of working as a team to conquer it.

One day I experienced one of those meltdowns that had become part of me. Like I would do after letting it all out by crying, I glanced at the person in the bathroom mirror and didn’t like what I saw.

I was a shell of my former self. I realized that we were resigning to fate without giving it a fight.

It was then that I decided we would fight the condition together.

After composing myself, I called my husband and requested that he be home early. He obliged. It had been such a long while since we had had any meaningful conversation.

However, we managed to not only vent out but have a heart to heart chat too. At the time, I could see and feel his pain and suffering. It is like the emotional wall he had built around himself came tumbling down.

We agreed that there was a problem that needed our attention and decided to seek professional help. After seeing a doctor and doing some tests, medical causes were ruled out.

His was a psychological cause most likely triggered by the anxiety of trying for a second baby way past our 40s. We decided to implement the suggestions given while seeking alternative solutions. We would work together to find a solution and get back what we once enjoyed and now missed.

First, we needed to learn as much as we could about premature ejaculation. To achieve this, we opted for sex therapy and couples’ counseling. 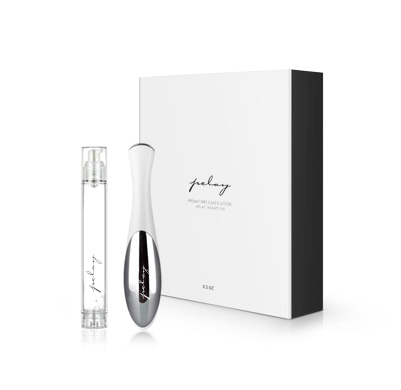 The sessions allowed us to tackle the situation in a nonjudgmental yet forthright way. We quite the blame game and also explored other ways of reigniting the spark in our marriage. With this, we started getting closer once more.

We would discuss any options we thought were worthwhile without the fear of being judged.

While we were now feeling grateful towards each other, none of the premature remedies was working for us. There were moments when I would feel the initial symptoms of guilt and anger creeping in.

I could see the pressure starting to build up on him too.

He was frustrated and it seemed like it was getting harder for him with each shot at medication and intimacy. Just when I was beginning to think that may be things were not working because we were trying too hard, I came across Pelay online.

When I showed it to him, he placed an order nonchalantly. Having experimented with several solutions to no avail, we had learned not to raise our expectations to avoid disappointments.

Fortunately, this time it did work!

Pelay comes in a combination of Pelay Gel and Pelay Applier. The water-based product allows effective absorption of the ingredients through the penis skin in a short time.

The gel also has a lubricating effect which makes intimacy more pleasurable. You apply a few drops of the gel four minutes before intercourse and use the applier to massage the penis to allow it penetrate the skin.

The premature ejaculation remedy has potential to prolong intimacy for up to 45 minutes. However, when we first tried it, my husband lasted about 15 minutes more and we are now working it up. The product is dermatologist tested and meets the safety requirements of the European Union and the United States of America.

It is hypoallergenic and therefore safe for both partners even when they have sensitive skin.

No prescription is needed and you can use it with or without a condom.

Pelay is suitable for use by any man and contains no lidocaine, a product used in similar products to numb and desensitize the penis. What’s more, the company offers discreet shipping worldwide so nobody knows what is inside your luxurious package.

The effects of this on-demand premature ejaculation solution are instant.

At the moment, we wouldn’t ask for me.

We are enjoying its benefits as we look for a permanent solution. My home is finally a happy one and my self-confidence is back. My husband is also rediscovering his old self.

Our relationship can only get better.